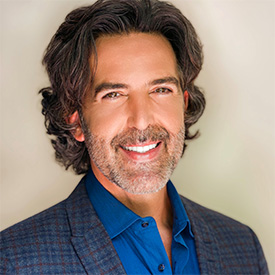 Former federal prosecutor James M. Aquilina is an accomplished business leader and strategic advisor, a renowned cybersecurity expert and digital investigator, a regular speaker and commentator, and a published author.

In addition to being a Board member at the Advanced Imaging Society, James currently serves the boards of cybersecurity firm BlueVoyant; League, a leading healthcare PaaS provider; incidence response startup IR, Inc.; global intelligence, due diligence, and risk advisory firm Wallbrook; and the Constitutional Rights Foundation, a nonprofit helping young people understand civics. James is also a current director member of the National Association of Corporate Directors, the Corporate Directors Forum, and the Digital Directors Network.

James was the President of Aon Global Cyber Solutions after its acquisition of Stroz Friedberg, the technical and security consulting firm he built with other former federal law enforcement officers from the ground up. Mr. Aquilina was an instrumental business executive and leader in negotiating and structuring private investments, identifying, acquiring, and integrating multiple acquisitions, and growing the firm to a global and internationally recognized powerhouse. James served over 500 unique clients in the tech, internet, media and entertainment, financial, manufacturing, healthcare, aerospace and defense, energy, telecommunications, and retail industries, including more than 50 of the 2020 Fortune 500. He has been retained by over 150 different law firms, including many of the 2020 Am Law 100. In various complex matters involving digital evidence, James was selected as a special master or court-appointed neutral, including in disputes between two major universities over clinical drug studies, the conflict between CrossFit and the National Sports Conditioning Authority, and the 1-800-Get-Thin federal criminal prosecutions.

Before entering the private sector, James served for almost a decade as an Assistant U.S. Attorney in the Criminal Division of the U.S. Attorney’s Office for the Central District of California, where he led significant multi-defendant cybercrime investigations and prosecutions, served as a member of the Los Angeles Electronic Crimes Task Force and chair of the Computer Intrusion Working Group, and helped establish and run the Legal Section of the FBI’s Emergency Operations Center following the September 11, 2001 attacks.

A regular speaker and commentator on cyber, Mr. Aquilina has appeared on Bloomberg, CNN, and CNBC, and at Interpol, the International Law Enforcement Academy, the Ninth Circuit Judicial Conference, the Media Finance Focus Conference, and the Berkeley Center for Law and Technology. He has been quoted in the New York Times, the Wall Street Journal, the Financial Times, Newsweek, and Fortune.