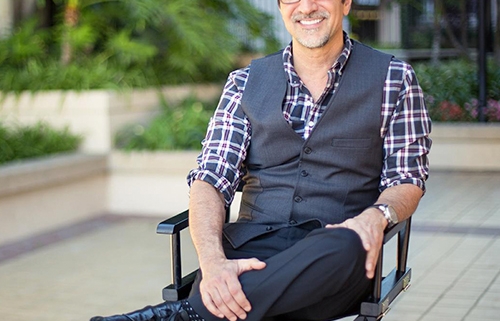 With almost 30 years of experience in the field and 8 years at Comscore, Paul Dergarabedian is the movie industry’s most recognized and widely quoted authority for media-based information and analysis.

In his role as Senior Media Analyst for Comscore, Paul provides expert analysis on results that come from Comscore’s real-time movie and television measurement services.

Considered one of the industry’s most accomplished experts, Paul founded Media By Numbers in 2006, which later became a division of Hollywood.com, where he served as President of the box office division until October 2013 when he then joined Rentrak (now Comscore).  In addition to weekly credits online and in print, including The Associated Press, CNBC, CNN, Bloomberg News, The Wall Street Journal, Variety, The Hollywood Reporter, The Wrap, Deadline, The Los Angeles Times, The New York Times, among many others, he is regularly featured on television and radio programs.  Paul has also appeared in movie-related documentaries including Being George Clooney, This Film Is Not Yet Rated & The Blockbuster Imperative.