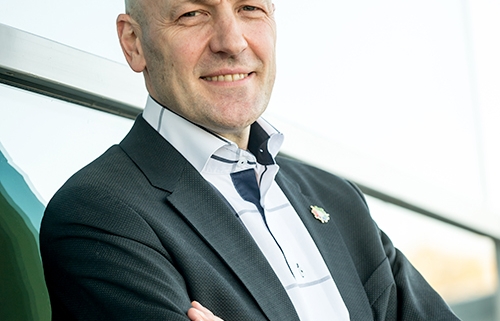 Wim Buyens is the CEO of Cinionic, the cinema joint venture between Barco, Appotronics, and CGS. Wim is a seasoned business leader that has held senior management positions in high tech companies during the past 15 years. He started his career in IT and CAD/CAM, later joining the Danish company Brüel & Kjaer, and subsequently held multiple global leadership positions.

Before Cinionic, Wim led the Entertainment division of Barco, responsible for years of growth and a market #1 position in cinema projection. Wim is a strong advocate for new technologies, such as laser projection, and serves on several technology company boards around the world. Wim studied at Stanford University and Lausanne University. An active member of the cinema community, Wim regularly speaks at industry events and sits on industry association boards, such as the Advanced Imaging Society, where he served as Chairman in 2017.